Kartsev on why three Tanks

Many westerners wonder why the Soviet Union mass produced three similar tanks instead of just one tank. In his memoirs L.N. Kartsev designer of the T-72 gives his explanation on why that they built three tanks:

In the middle of 1976, a member of the Central Committee of the CPSU, chief designer of the Kirov factory in Leningrad, N.S. Popov, convinced the leaders of the country to adopt the not so great T-80 tank. Having identical armament to T-72 and T-64A tanks, identical protection and maneuverability, the T-80 spent (according to army trials) 1.6-1.8 times as much fuel per kilometer, and despite the increased fuel capacity, had 25-30% less range.
The T-80 had an inferior fighting compartment compared to the T-72, inherited from the T-64A, with vertical ammunition placement. This lowers the survivability of the tank in battle and makes it nearly impossible to communicate with the driver and evacuate him if he is wounded. The tank also has an unreliable suspension, etc. Overall, it was more complicated, more expensive, and less reliable than the T-64A, not to mention the T-72.
N.S. Popov also started production in Omsk, not in Leningrad, a factory that produced T-55s since 1959, waiting for Kharkov to design a new tank. These "wonders" were caused by D.F. Ustinov, deputy chair of the Council of Ministers L.V. Smirnov, chief of industry of the Central Committee F. Dmitriev, and other high ranked officials, taking advantage of Brezhnev's inaction.
The T-64, predecessor of the T-64A, with a mass of 36 tons, started development at the Malyshev factory in Kharkov in 1952. A new design bureau with professor A.D. Charomskiy at the head was formed to design the new two-stroke engine, a new plant was built for it.
By 1960, several experimental Object 430 tanks were built. This tank did not enter mass production due to unsatisfactory reliability, especially of the engine and suspension, as well as a lack of new systems and equipment that were already in use in Nizhniy Tagil in T-54A, T-54B, T-55, and T-62 tanks.
The T-64 (Object 432) was based on the experience of the Object 430 and was accepted for service in 1967. It had a 115 mm smoothbore gun, the same one as on the T-62, but with two-piece ammunition and a conveyor type autoloader.
The T-64 was supposed to enter production at all tank factories. According to a decree of the Council of Ministers, 40 of these tanks were to be built at Nizhniy Tagil in Omsk and 25 in Chelyabinsk in 190. In reality, the T-64 was produced only in Kharkov, and even then in limited quantities. The tank turned out to be complicated, and army use revealed its low reliability. Finally, in 1972, the T-64A with a 125 mm gun was accepted into service, and was produced in Kharkov until the collapse of the USSR.
The T-64A had an idea in it that dated back to the Object 430: less weight and minimum internal volume. This limited the potential of the tank, as the engine, suspension, and other mechanisms were working at their limits, with no modernization reserve. The ammunition rack made work difficult for the crew. Some of our "specialists" consider the T-72 a modernization of the T-64A, but the only thing they have in common is the gun.
The T-72, accepted into service on August 7th, 1973, was designed for mass production in existing factories with existing equipment. It was designed with the idea of relability and had many features for improved crew comfort. The design of the T-72 allowed for significant modernization and creation of special vehicles on its chassis. This tank was made for battle. Specialists from the whole world appreciated its uncontestable advantages; it is accepted as the best and most popular tank of the second half of the 20th century.

The TES-3: The Nuclear Tank

In 1957 the Ministry of Medium Machine Building of the USSR (read: Ministry of Atomic Energy) issued an ordered to the Kirov factory for a nuclear power station on a mobile chassis allowing for power generations in remote parts of the USSR. This vehicle received the name TES-3 (Transportable Nuclear Power System) along with the GABTU designation Object 27. Head designer Joseph Kotin settled for an enlarged T-10 chassis with 9 road wheels instead of the usual 7. Due to the large size and weight of the power system 4 chassis had to be linked. The reactor produced 1.5 megawatts of energy. In 1961 in the TES-3 was put into service with two different reactors being built and tested successfully during in the early '60s. However in 1965 it was taken out of general service. However the TES-3 was sent to the Kamchatka peninsula where it served for several decades. The TES-3 served as the basis for other vehicles of this type in the 1980s. 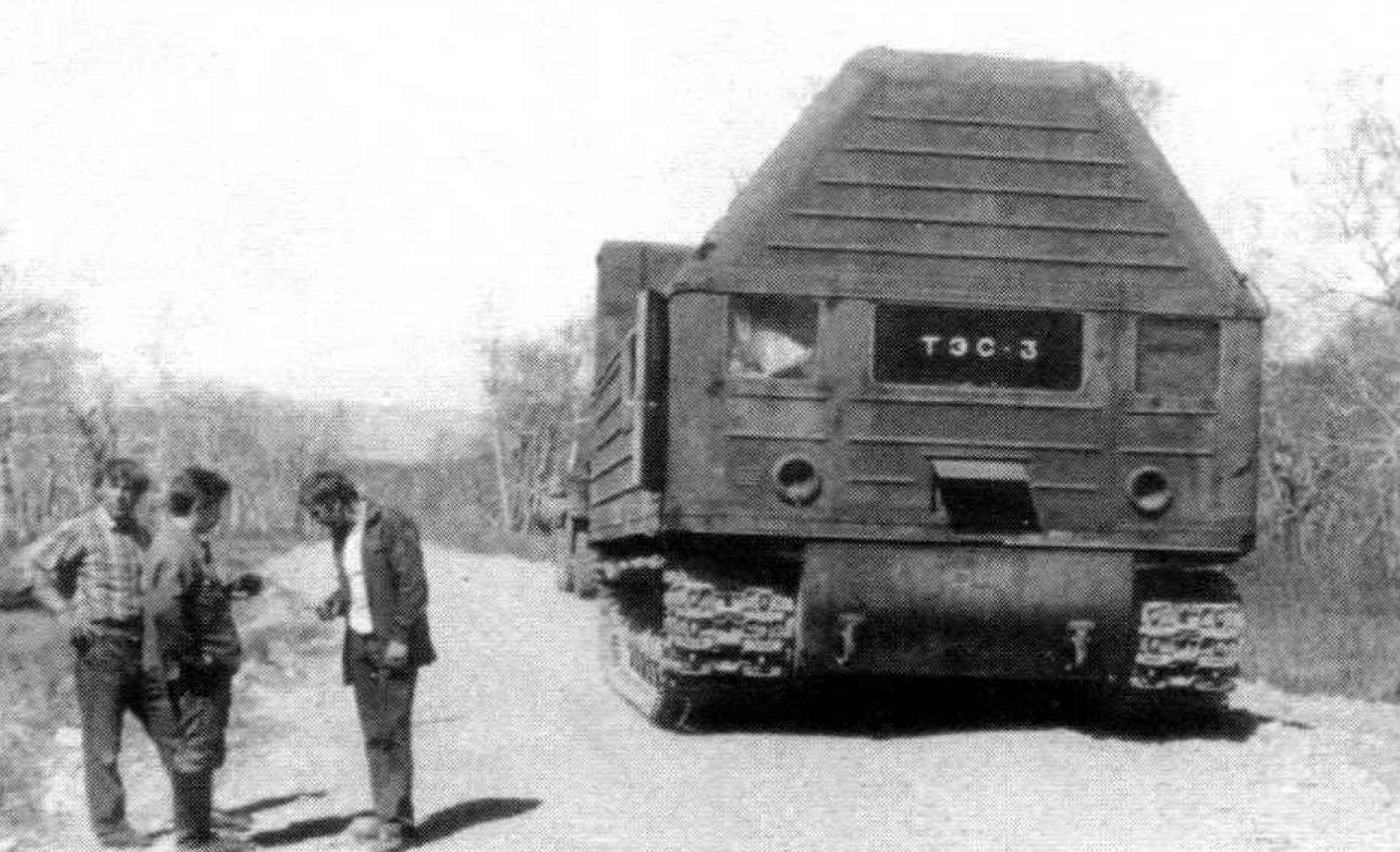 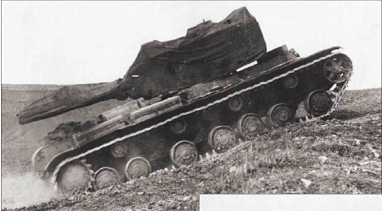 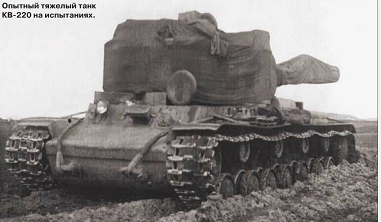 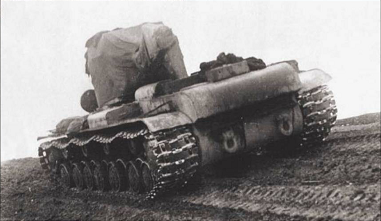 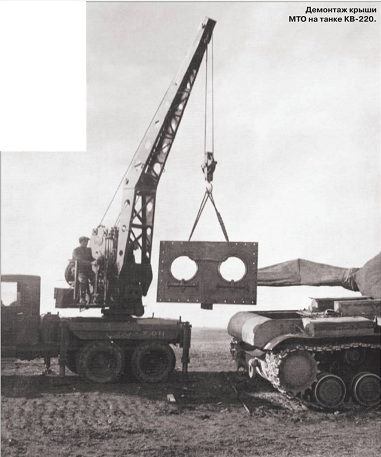 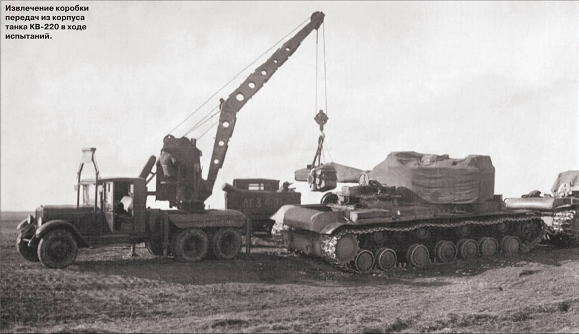 Kartsev on the genesis of the T-72

Many people claim that the T-72 was designed as a cheaper T-64; however the head designer of the T-72, L.N. Kartsev gives a different a view of the matter. In his memoirs he recalls how the T-72 came to be:


"In connection with the T-62 entering production, and work on the object 167, Kharkovites started working on a modernized T-64 tank with a 125 mm smoothbore gun and a loading mechanism. Once I decided to look at this tank at a proving grounds. I climbed in. I didn't like the loading mechanism and the ammunition rack in the turret. The shells were positioned vertically along the turret ring and impeded access to the driver. If he was wounded or concussed, it would be hard to get him out of the tank. When I sat in the driver's seat, I felt like I was in a trap. Metal all around me, limited ability to communicate with the crew.

When I came home, I ordered Kovalev and Bystritskiy to develop a new loading mechanism for the T-62. The comrades approached the task with great enthusiasm. They found a way to place the shells in two rows underneath the turret basket, which improved access to the driver and increased the tank's lifespan under fire. By the end of 1965, the mechanism was finished, but there was no point in introducing it, as an order was issued to begin production of the Kharkov tank.

Since the Kharkovites struggled to get their tank to mass production condition, we volunteered out 115 mm autoloader for their 125 mm gun. External dimensions of the guns were identical. Usually all work done on our own initiative was attached to some historic date. This one was dedicated to 50 years since the October Revolution. Soon, one experimental T-62 tank with a 125 mm gun was finished.

On October 26th, 1967, S.A. Zverev came to our experimental plant towards the end of the work day. He saw our T-62 with a 125 mm gun and E.E Krivosheya with L.F. Terlikov on the turret. I started explaining to the minister what the tank was, and he blew up: "Are you scheming against Kharkov again!?" to which I replied "Sergei Alekseevich! Why are you so nervous? The Americans and Germans modernize their production tanks, why can't we?" He calmed down, climbed on the turret, and asked to see the loading mechanism. Krivosheya and Terlikov descended into the tank and tuened on the loader. The shell flew by so fast that the minister did not have time to see it. He could not see any other shells either, as they were covered by the turret basket. The minister liked the device, and he said, with great fanfare, "Let's put this device into the Kharkov tank!"

"Only with Trashutin's new engine" I replied, but Zverev did not agree. This thought occurred spontaneously. I did not know what the results would be, as no calculations were done. I relied on my work on the object 167, and intuition told me it was posible.

On October 26th, in the factory Palace of Culture, a celebratory gathering was held. The minister awarded a Jubilee Red Banner to the factory. The other day, I was called into I.V. Okunev's office in the morning. I come in, and Zverev is there, they're both happy. Zverev says "Fine, I agree with your idea. Put your device into Kharkov's vehicle with Trashutin's engine, just preserve the transmission and suspension. How many tanks do you need?" "Six should be enough" I replied. That day, the minister left for Moscow.

After the holidays, we got to work on what we called object 172. We discussed it and decided to use the suspension from the object 167, and develop a new hydromechanical transmission with the tank NII. We invited representatives from the institute, they asked what we were going to do, and agreed to help. They left...and reported to Zverev that Kartsev thinks he's a big fish and is trying to tear everything Kharkov made out of the new tank."

Tank Costs Over the Years

The Soviets built many tanks during the WWII, many people ask how much they built. Not many people asks how much it cost. Luckily the people at tank.uw.ru were able to acquire Ministry of Transport Machine-Building Industry reports on the cost of certain tanks over the years. 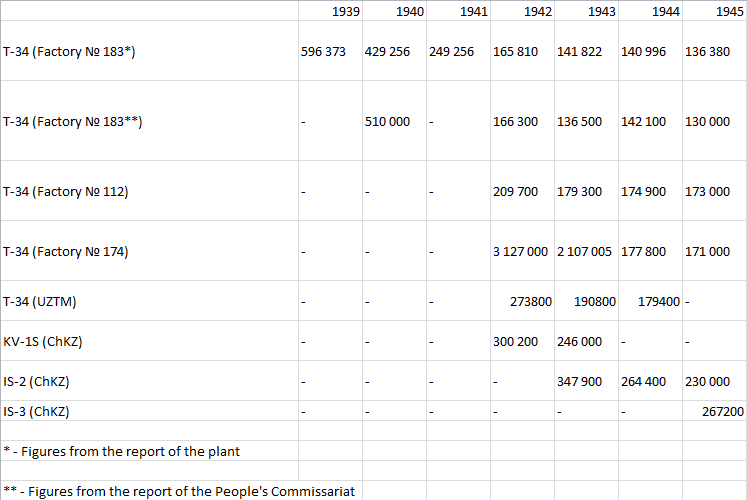 Some Info on the IS-2U Designs

In 1944 an informal competition began to develop between the ChKZ and Factory №100 to improve the armor protection of the IS-2. Two solutions were presented to solve this problem,  P.P. Isakov suggested that the front hull be comprised of a downward pointing wedge. The sides would not be vertical like other tanks instead the sides would slope upwards. The bottom of the hull would be flat and instead would be sloped upwards as well. This design would've require removing the torsion bars and placing ribs along side the hull for bogies that would be used for the spring suspension. This solution also did not leave adequate room for ammunition and fuel.

G.N. Moskvin suggested that part of the hull remain vertical and that floor remain flat. This solution did not require abandoning torsion bar suspension. The fuel would stored in between sheets of armor at the bottom of the tank. However this complexes welding and is not consistent with the all wedge hull that was originally envisioned. However G.N. Moskvin was replaced by S.V. Mickevich and worked further on his solution.


In the 2nd half of 1957 at the suggestion of Chief the Armored troops of the Soviet Army Colonel General P.P. Poluboyarova suggested that a new tank be developed on the basis of the Object 140 but uses the chassis of the T-54B to ensure maximum part compatibly. The tank was designed at factory №183 under the leadership of Leonid Karcev. One prototype was built and underwent testing in the fall of 1958. 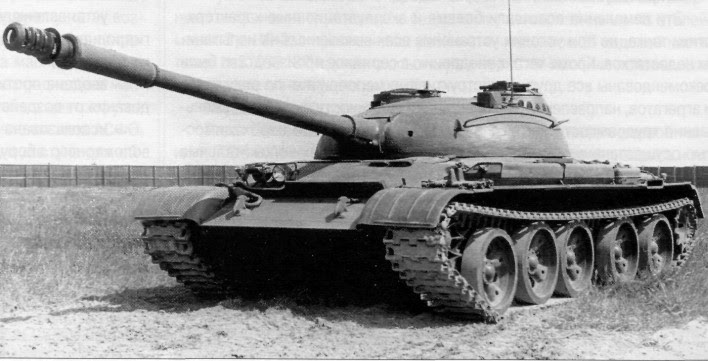 The Object 142 was armed with the 100mm D-54TS. The tank contained 50 rounds of ammunition for the main gun. The D-54TS was two plane stabilized with the “Blizzard” stabilizer. The gun was aimed with a TSH2A telescopic sight while night sighting was used with the TPN-1. Gun traverse of the main gun was -5 to 16 degrees. Unlike the Object 140 the Object 142 lacked a mechanism for spent shell ejection. Due to removing the AA gun that was on the Object 140 spaced was freed up for more ammunition (3,500 rounds) for the 7.62mm SGMT machine gun. The armor layout was mostly the same as the Object 140.

Blogs I read and recommend